Last week’s catastrophe in Lebanon’s capital city of Beirut is one the most forceful and damaging non-nuclear explosions in world history. Over 2,700 tons of poorly stored ammonium nitrate ignited in an explosion that was reportedly felt in both Cyprus and Damascus. Most corners of Beirut have significant damage, and it is estimated that tens of thousands are now homeless. 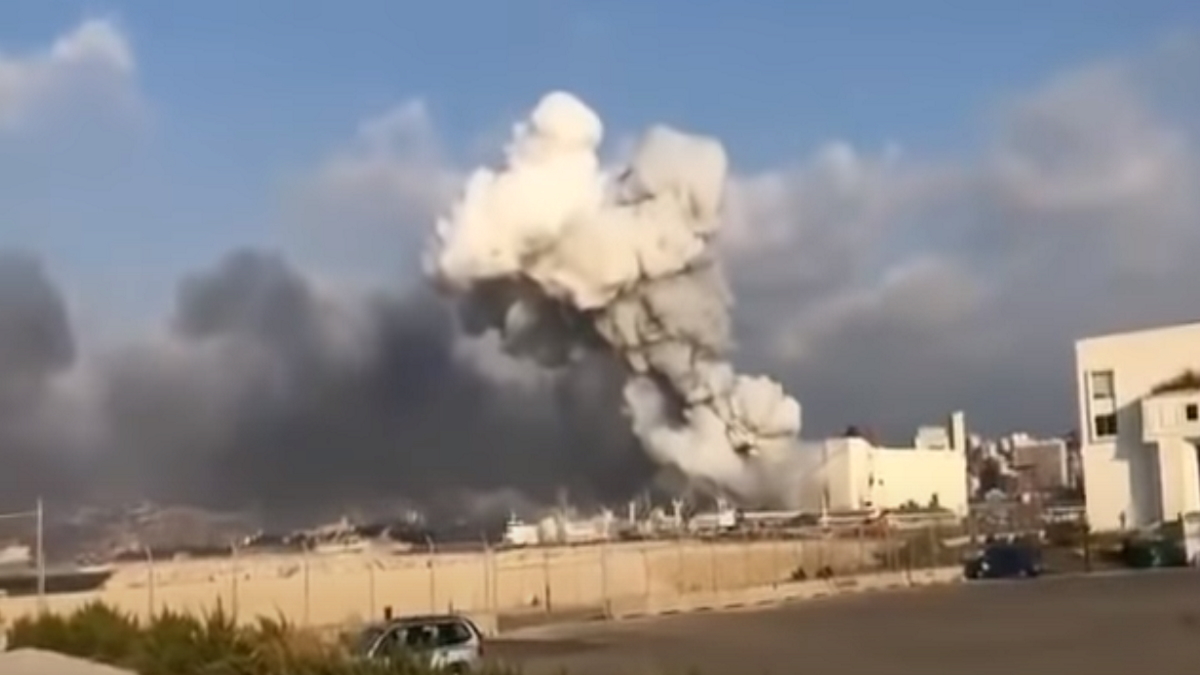 (International Christian Concern (ICC)) – Last week’s catastrophe in Lebanon’s capital city of Beirut is one the most forceful and damaging non-nuclear explosions in world history.

Over 2,700 tons of poorly stored ammonium nitrate ignited in an explosion that was reportedly felt in both Cyprus and Damascus. Most corners of Beirut have significant damage, and it is estimated that tens of thousands are now homeless.

The entire global community was shocked by this disaster.

But nearby in Iraq, where militias run rampant, and the storage of explosives in residential areas is common, the shock was underscored by the thought, “This could have happened here.” It is a reality that has helped propel Christian immigration from the country.

One Christian living in Baghdad watched in disbelief at the events unfolding in Lebanon. “I would imagine that this explosion happens in Iraq rather than Beirut! I think Iranians have more influence in Iraq. We are geographically closer to Iran. In Iraq, there are many more military bases that belong to Iran. The Iraqi government should start looking for such materials, like ammonium nitrate, to avoid any similar disaster!”

Indeed, Beirut’s catastrophe did seem to hit home for some Iraqi officials. The head of Iraq’s Border Ports Authority quickly began forming a committee intended to clear out all hazardous inventory from the border ports. They were given 72 hours to complete the task. But in some ways, it was an order that missed the point: hazardous materials are stored everywhere in Iraq, not just the ports. These materials are connected to militias and their respective political parties, many of whom are heavily under Iranian influence.

“Iraq and Lebanon have similarities on so many things,” adds another Baghdad Christian. “Mainly the influence of Iran, which results in a militia existence in both countries. Those militias could be different in approaches, but there is one thing that they 100% share: corruption. Since they are recognized as terrorist groups and they can’t get resources unless it is under the table.”

“Corruption results in risking thousands of lives every day. Stocking explosive materials in Iraq among civilians’ houses is risking lives; bad storage at the border is risking lives. I think we can have examples as much as you can read,” he continues. “These militias one way or another are destroying the Middle East. Wherever there is Iran or its militia, there are disasters, crimes, and abuse of human rights. That results in the leaving of Christians and other people who can’t be a member of a militia for religious or social reasons.”

Such scenarios are already playing out, reminds a Christian business owner in Baghdad. He specifically remembers examples similar to Beirut occurring in the Christian areas of Iraq, thanks to both ISIS and Hashid militias. He says, “I would like to remind everyone of all the explosions that took place in Iraq; there were huge ones that result in damage to hundreds of houses. Go and look at Mosul and the Nineveh Plains!”

“All that results in the immigration of Christians and other minorities,” he adds. “When militias and Hashid come and store explosive materials next to your house, what will you do? You will get killed if you talk, and you will get killed if you stay at the same house. (There are) no options! How many explosions took place in Baghdad, such as because Hashid facilities have been targeted by the international coalition?!! ISIS and other extremist groups since 2003 have impacted Christians’ life so much.”

This reality has frustrated so many Iraqi Christians in the aftermath of the Beirut explosion. For those who had tried immigrating, Lebanon was a common destination during the intermediary stage. At least, unlike other neighboring countries, there was a sizeable Lebanese Christian population to integrate with during the interim. But now with Lebanon destroyed, immigration looks harder. Its destruction serves as a reminder of what so many Iraqi Christians were trying to flee.

A Christian from Qeraqosh explained, “I have experienced so many wars, since 1980 and 1991 and later. The safe place during the war was home, but not anymore. You could die even if you are at your home, just if any militia decided to store their weapons and rockets in your neighborhood.”

Such a reality sits uneasily in the minds of Christians. “Is there still a place to live in this country?” asks one woman. “When you lose someone close to your heart, that is the worst thing that could happen to someone, especially if the cause of death was avoidable. Militias are avoidable. After every explosion and targeting, I see people leaving the country. We ended up strangers. Friends and relatives are leaving one after one, can you tell me when that will have an end?”

The explosion in Lebanon was avoidable. But Iranian regional influence, militias, and their respective political parties, make it a possible scenario in many Middle East countries. For Iraqi Christians, it is an explosion that sends shockwaves throughout the community.

For there is no way to escape such a possibility, except to leave.