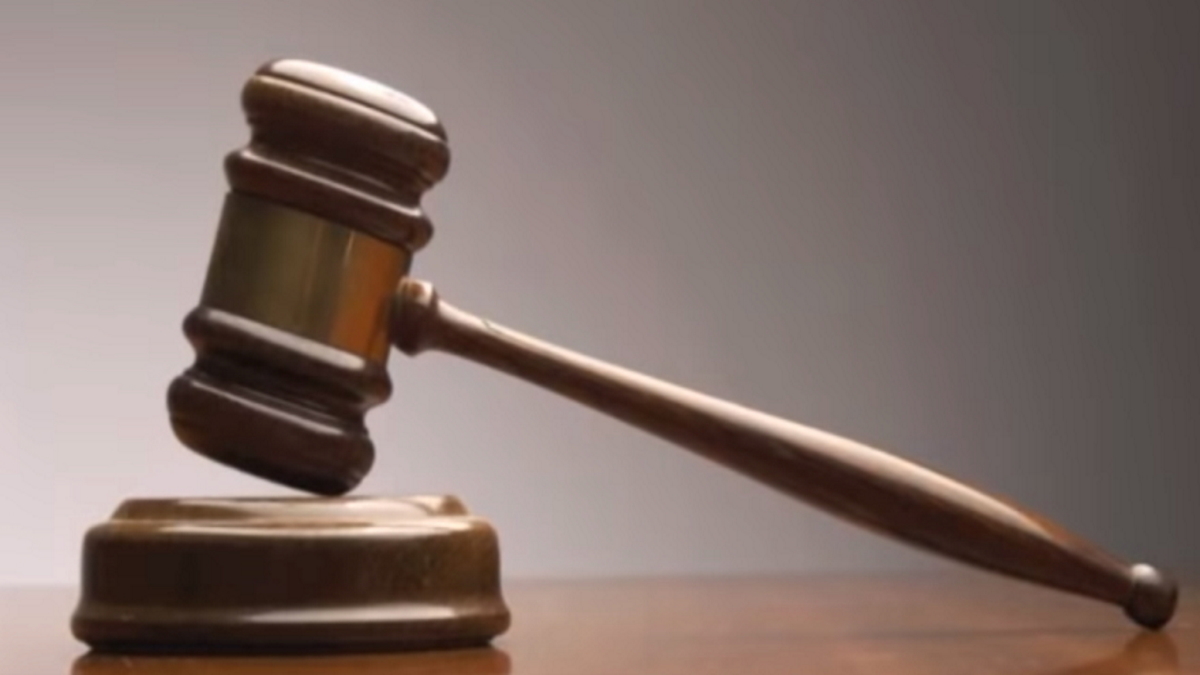 U.S. District Judge George L. Russell, III on Thursday sentenced David Richison, age 64, of Frederick, Maryland, to 48 months in federal prison for wire fraud and aiding in the filing of a false tax return.  Richison, who owned and operated a payroll processing business, took funds from his clients’ tax escrow account and used them to pay his own personal expenses.  Judge Russell also ordered restitution and forfeiture in the amount of the victims’ full loss, which will be determined after a restitution hearing.

“After years of deceiving his clients for his own personal benefit, Richison is now feeling the consequences of his despicable actions,” said IRS-CI Special Agent in Charge Kelly R. Jackson.  “We will continue to work with the United States Attorney’s Office to pursue justice of those who violate our tax laws, especially those who commit fraud at the expense of others.”

According to his plea agreement, Richison owned and operated a Frederick-based payroll processing business, Period Financial, doing business as Period Payroll.  Period Payroll provided payroll processing and payroll tax payment services to businesses in Maryland and Virginia, using special software specifically designed by Richison.  In addition to printing paychecks for client employees, Period Payroll was responsible for calculating the employment taxes owed to federal and state taxing authorities by the client companies and those companies’ employees, as well as preparing and filing the client companies’ employment tax returns.

Period Payroll clients entrusted Richison with the authority to remove funds directly from their bank accounts to pay their federal and state taxes, as well as to pay fees to Period Payroll.  Richison’s practice was to send the clients a copy of the tax return to be filed and an accounting of the funds to be removed from their accounts and subsequently paid over.  Funds removed from client accounts were placed into an escrow account, which Richison used to make electronic payments to the IRS, generating a unique number for each wire sent on behalf of a client.

Richison admitted that from at least 2012 through 2014, the tax forms prepared and filed by Richison on behalf of Period Payroll clients properly reported the amount of taxes owed, but a corresponding amount of tax deposits was not made with the IRS.  Richison began taking money from the client escrow fund to pay for his own personal and business-related expenses, such as legal fees, rather than paying those funds to the IRS, as he represented to his clients.

For example, in July 2012, Richison transferred $53,000 from the client escrow account to his personal attorney to pay legal fees.  Over the course of 2013 and 2014, the frequency with which Richison failed to pay over client funds to the IRS increased.  When clients received notices from the IRS that their employment taxes had not been paid, Richison provided false explanations for the missed payments and falsely promised to make the payments and cover the penalties and interest.

To further conceal the scheme, Richison used one client’s escrowed funds to pay another client’s debt, penalties, and interest, without informing either client that he was doing so.  In addition, Richison sent e-mails to clients falsely stating that he had made payments to the IRS on their behalf and provided as proof the wire numbers of transfers that he had made on behalf of other clients.  Between approximately February 2013 and December 2014, Richison used approximately $598,365 of client escrow funds to make payments to the IRS to cover the penalties and interest his clients had accrued in order to conceal the fraud and continue to deceive his clients into thinking that Period Payroll was solvent.

By the end of 2014, there were insufficient funds in the client escrow account to cover the mounting debts and Richison closed Period Payroll.  By that time, the difference between the amount taken from clients and reported to have been paid to the IRS per the tax returns filed on behalf of clients, and the actual payments made as required by those returns totaled at least $1,622,481.56.

Help me maintain this blog by donating here.

The Washington Times reported on Friday that the deadly animal virus epidemic spreading globally may have originated in a Wuhan laboratory linked to China’s covert biological weapons program, according to an Israeli biological warfare expert.

The laboratory is the only declared site in China capable of working with deadly viruses.

“Certain laboratories in the institute have probably been engaged, in terms of research and development, in Chinese [biological weapons], at least collaterally, yet not as a principal facility of the Chinese BW alignment,” Mr. Shoham told The Washington Times.

Work on biological weapons is conducted as part of a dual civilian-military research and is “definitely covert,” he said in an email.

Mr. Shoham holds a doctorate in medical microbiology. From 1970 to 1991 he was a senior analyst with Israeli military intelligence for biological and chemical warfare in the Middle East and worldwide, holding the rank of Lieutenant Colonel.

China in the past has denied having any offensive biological weapons. The State Department, in a report last year, said it suspects China has engaged in covert biological warfare work.

A Chinese Embassy spokesman did not return an email seeking comment.

Chinese authorities so far have said the origin of the coronavirus that has killed scores and infected hundreds in in central Hubei Province is not known.

Meanwhile, the Centers for Disease Control and Prevention (CDC) is closely monitoring the outbreak of respiratory illness caused by a novel (new) coronavirus (termed “2019-nCoV”) that was first detected in Wuhan City, Hubei Province, China and which continues to expand. Chinese health officials have reported hundreds of infections with 2019-nCoV in China, including outside of Hubei Province.

Infections with 2019-nCoV also are being reported in a growing number of countries internationally, including the United States, where the first and second 2019-nCoV infections were reported on January 21 and January 24, 2020, respectively, both in travelers returning from Wuhan.

Help me offset the cost of this reporting and maintaining this blog by donating here.

U.S. Army Public Affairs stated that preparations for DEFENDER-Europe 20, the largest exercise of U.S.-based military forces to Europe in more than 25 years

The U.S. Army Public Affairs stated that preparations for DEFENDER-Europe 20, the largest exercise of U.S.-based military forces to Europe in more than 25 years, began yesterday when participating units will load vehicles, heavy equipment and materiel for rail transport and onward shipping.

Equipment will originate from Fort Hood, Fort Bliss and Fort Stewart with shipping through late February.

DEFENDER-Europe 20 and its associated exercises will increase strategic readiness and interoperability by exercising the U.S. military’s ability to rapidly move a large, combat-credible force of soldiers and equipment from the United States to Europe and, alongside its allies and partners, to quickly respond to a potential crisis.

Approximately 37,000 U.S., allied and partner-nation service members are expected to participate, with roughly 20,000 soldiers and 20,000 pieces of equipment deploying from the United States.

The joint, multinational training exercise is scheduled to take place from April to May 2020, with personnel and equipment movements occurring from February through July 2020. The exercise supports objectives defined by NATO to build readiness within the alliance and deter potential adversaries.

Participating units will include a U.S. Army division headquarters, three armored brigade combat teams, a fires brigade, and a sustainment brigade; as well as planned U.S. Air Force, U.S. Navy and Marine Corps participation. Some units will deploy with their equipment from the United States while other U.S.-based units will deploy and draw Europe-based Army Prepositioned Stock vehicles and equipment.

“Readiness is not only about having the right forces and capabilities in place throughout the theater, it’s about exercising our ability to quickly receive and integrate forces with our own and those of our allies and partners,” said Lt. Gen Christopher Cavoli, U.S. Army Europe commanding general. “This ability is critical in projecting force at a moment’s notice, our readiness reassures our allies and deters potential adversaries.”

Eighteen countries are expected to participate, with exercise activities occurring across 10 countries.

“Conducting tough, realistic training alongside our allies and partners in Europe enhances those professional relationships that build trust and confidence in each other and increases our overall interoperability, readiness and the ability to collectively deter potential threats,” Cavoli said.

Help me offset the cost of this reporting and maintaining this blog by donating here.