“Unscrupulous human smugglers expose people to dangerous and inhumane conditions,” said Del Rio Sector Chief Patrol Agent Raul L. Ortiz. “For them, it is all about monetary gain with no regard for the physical and mental well-being of the person being smuggled.”

On Feb. 5, agents responded to a call of possible illegal aliens at a local motel. Upon arrival agents observed suspicious activity and questioned 13 adult individuals as to their citizenship. After further investigation, it was determined that the nine Honduran nationals,  of which one was an unaccompanied juvenile, and four Mexican nationals were illegally present in the U.S. The subjects had been staying at the local motel waiting to be smuggled further into the U.S.

On Feb. 6, a 31-year-old woman was identified as the suspected facilitator of the smuggling operation and was arrested by federal agents. The case was turned over to Homeland Security Investigations.

The suspected facilitator faces felony charges under 8 USC 1324, alien smuggling, and if convicted could receive up to 10 years in prison. All illegal aliens are processed in accordance with U.S. Customs and Border Protection guidelines. 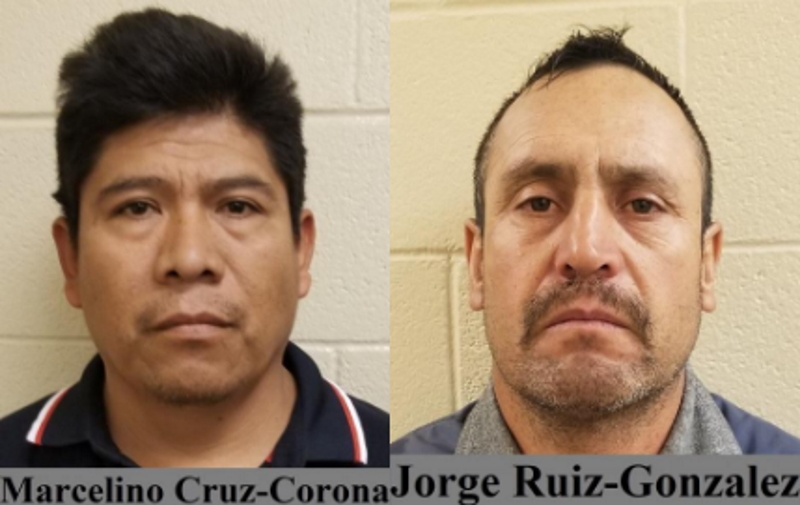 Records checks revealed Cruz-Corona, a citizen of Mexico, was convicted of criminal sexual conduct with minor by Greenville County, South Carolina, in 2009. He was sentenced to five years’ imprisonment.

At approximately 2 a.m. January 21, agents patrolling near Cowlic apprehended a second individual with a significant criminal history. Jorge Ruiz-Gonzalez, a 50-year-old Mexican national, who was convicted of possession of cocaine with the intent to distribute and conspiracy to distribute cocaine by Harris County, Texas, in 1996. He was fined $10,000 and sentenced to 46 months’ imprisonment with 50 months of probation.

Cruz-Corona and Ruiz-Gonzalez are facing federal prosecution for immigration violations.

The Border Patrol is often the first line of defense against previously deported criminals attempting to reenter the United States.

Help me maintain this blog by donating here.