A Gainesville, Virginia, man was arrested on Friday for conspiring with Russian intelligence operatives to provide them with United States national defense information.

A Gainesville, Virginia, man was arrested on Friday for conspiring with Russian intelligence operatives to provide them with United States national defense information.

“Two espionage arrests in the past week — Ma in Hawaii and now Debbins in Virginia — demonstrate that we must remain vigilant against espionage from our two most malicious adversaries — Russia and China,” said John C. Demers, Assistant Attorney General for National Security.  “Debbins violated his oath as a U.S. Army officer, betrayed the Special Forces and endangered our country’s national security by revealing classified information to Russian intelligence officers, providing details of his unit, and identifying Special Forces team members for Russian intelligence to try to recruit as a spy.  Our country put its highest trust in this defendant, and he took that trust and weaponized it against the United States.”

“Our military is tasked with the awesome responsibility of protecting our nation from its adversaries, and its service members make incredible sacrifices in service of that duty,” said G. Zachary Terwilliger, U.S. Attorney for the Eastern District of Virginia.  “When service members collude to provide classified information to our foreign adversaries, they betray the oaths they swore to their country and their fellow service members.  As this indictment reflects, we will be steadfast and dogged in holding such individuals accountable.”

“The facts alleged in this case are a shocking betrayal by a former Army officer of his fellow soldiers and  his country,” said Alan E. Kohler, Jr.,  FBI Assistant Director of the Counterintelligence Division.  “Debbins is accused of giving Russian intelligence officers sensitive information about the units in which he once served and also providing the names of other service members so Russia could try to recruit them.  These actions cannot stand and the FBI will aggressively pursue such cases.”

“According to the allegations, Mr. Debbins knowingly provided information to self-proclaimed members of Russia’s Intelligence Service, the GRU,” said James A. Dawson, Acting Assistant Director in Charge of the FBI Washington Field Office. “As a member of the U.S. Armed Forces, the American people and his fellow service men and women should have been able to trust Debbins with secrets and information.  Debbins allegedly fell very short of that and exploited his role in the military and his fellow service members to benefit one of our top adversaries for years. Today’s charges are another example of the dedicated and unrelenting efforts of the FBI and our partners, domestic and international, to aggressively pursue and bring to justice those who violate this sacred trust and place our national security at risk.”

Debbins is charged with conspiring to provide United States national defense information to agents of a foreign government.  If convicted, Debbins faces a maximum penalty of life in prison.  Actual sentences for federal crimes are typically less than the maximum penalties.  A federal district court judge will determine any sentence after taking into account the U.S. Sentencing Guidelines and other statutory factors.

Assistant Attorney General Demers and U.S. Attorney Terwilliger greatly appreciate the assistance of the FBI’s Minneapolis Field Office, and Army Counterintelligence, along with the United Kingdom’s Metropolitan Police and MI5.

An indictment is merely an accusation.  The defendant is presumed innocent until proven guilty. 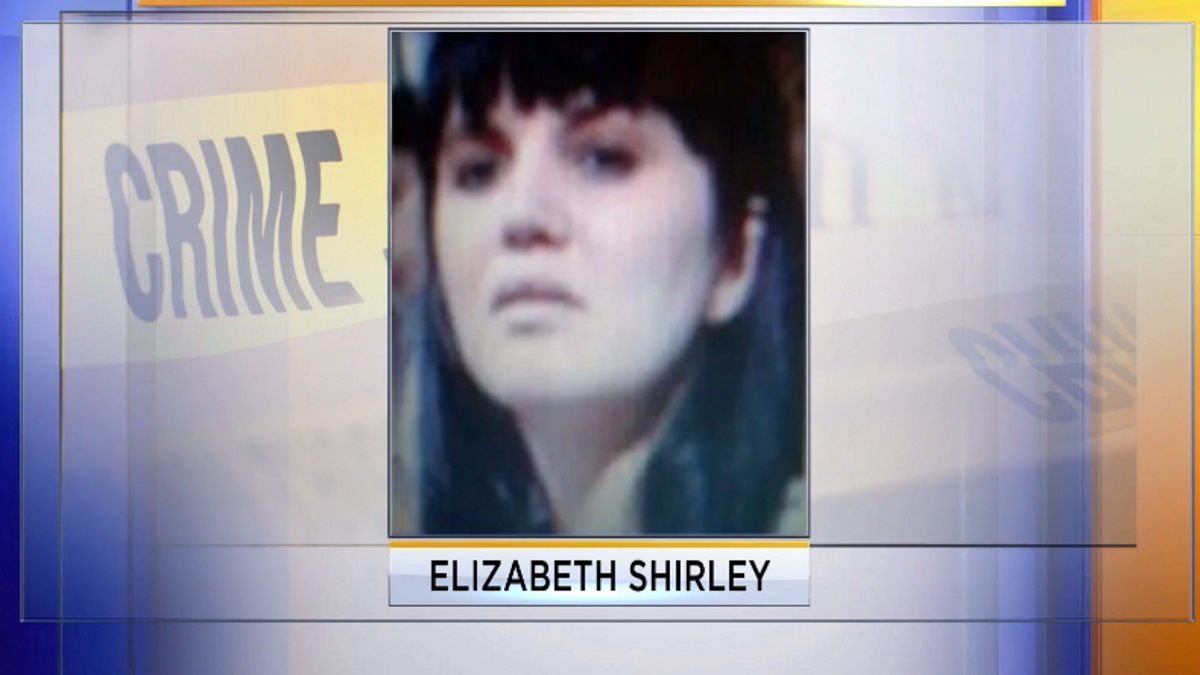 Shirley, 46, pled guilty to one count of “Willful Retention of National Defense Information” and one count of “International Parental Kidnapping.”

Shirley also admitted to removing her child, of whom she was the non-custodial parent, to Mexico with the intent to obstruct the lawful exercise of the custodial father’s parental rights.

“When Shirley took classified information from her work with the Intelligence Community and later fled to Mexico, she violated the confidence placed in her by the American people,” said Assistant Attorney General for National Security John C. Demers. “She doubled down on this betrayal when she sought to offer classified information to the Russian government.  We are grateful for our law enforcement partners’ timely work to locate and arrest the defendant in Mexico.  Given Shirley’s troubling conduct after fleeing the United States, the damage to national security could have been far greater had law enforcement not acted swiftly.  Shirley will now be held accountable for betraying the trust of the American people.”

“High level security clearance requires a commensurate level of trust.  Shirley breached that trust and attempted to put our country at risk.  National security is one of our highest priorities and always will be.  Shirley will now face the consequences of her actions,” said William J. Powell.

“Federal government employees and contractors with high level security clearances pledge to protect classified information from foreign adversaries. It’s an essential responsibility in guarding our country’s national security,” said FBI Pittsburgh Special Agent in Charge Michael Christman. “Ms. Shirley had a duty to safeguard classified information. Instead, she chose to break the law and trust placed in her and made plans to pass national defense information to Russian officials, which could have put our citizens at risk. The FBI does not take these violations lightly and will work to hold wrongdoers accountable to keep our country safe.”

While serving in the Air Force, she worked on assignments with the NSA.

From May 2001 to August 2012, Shirley held various positions with the United States Navy’s Office of Naval Intelligence, the Department of Defense, the Department of Energy, the National Cyber Investigative Joint Task Force, and at least five different cleared defense contractors.

In July 2019, Shirley took her six-year-old daughter to Mexico with the intent to make contact with representatives of the Government of Russia to request resettlement in a country that would not extradite her to the United States.

Shirley took with her to Mexico national defense information, which she had unlawfully retained.

While in Mexico, Shirley prepared a written message to Russian Government officials, referencing “an urgent need” to have “items shipped from the USA related to [her] life’s work before they are seized and destroyed.”

On Aug. 13, 2019, the United States Marshals Service and Mexican law enforcement located Shirley and her daughter at a hotel in Mexico City.  Mexican authorities arrested Shirley pursuant to an arrest warrant the West Virginia State Police (WVSP) had obtained on a charge of concealment of a minor from a custodian.

The Federal Bureau of Investigation (FBI) subsequently executed search warrants on numerous of Shirley’s electronic devices, including devices she took to Mexico in July 2019 and devices the FBI seized from her Martinsburg storage unit in August 2019.

Pursuant to the search of the storage unit, the FBI located the NSA document underlying the Willful Retention of National Defense Information offense.

In addition, pursuant to searches of the electronic devices, the FBI found an Office of Naval Intelligence PowerPoint presentation containing information classified at the SECRET level and messages Shirley had drafted to Russian Government officials while in Mexico, the latter of which the Central Intelligence Agency has determined to include information classified at the SECRET level.

Under the Federal Sentencing Guidelines, the actual sentence imposed will be based upon the seriousness of the offenses and the prior criminal history, if any, of the defendant.

The FBI and WVSP investigated.  The Webster County Prosecuting Attorney’s Office cooperated in the investigation and prosecution of the case.

As the coronavirus continues to spread, Radio Free Europe/Radio Liberty (RFE/RL) journalists have increasingly found themselves caught between the needs of citizens for reliable information, and the efforts of authoritarian governments to control the public’s understanding of events.

“People in 22 countries depend on our journalism, which is providing critical information to help them protect themselves and keep their families and communities safe,” said RFE/RL President Jamie Fly. “But at the same time, we are facing restrictions and threats from authorities who see the independent media as an obstacle to their efforts to control information for their own purposes. Despite this growing pressure, our journalists will not be deterred from our mission of providing objective journalism to our audiences at a time when they need it most.”

Compared to the previous month, visits to RFE/RL websites and apps increased 48% to 77 million, page views were up by 43% to 128.5 million, and unique visitors increased 50% to 33.5 million.

Spikes were similarly registered on social media platforms, with video views on Facebook rising by 44% to 351 million, and views on YouTube increasing by 18% to 144.5 million. RFE/RL also saw spectacular growth on Instagram — particularly in Persian, Uzbek, and Tajik — with a 46% jump in video views to 67.5 million for the month.

But there has been push back.

On April 5, the Russian State Duma commission on foreign interference announced a review of coronavirus coverage by RFE/RL’s Russian Service and the Current Time network, alleging that the outlets were misreporting the availability of medical equipment, the role of Russian doctors in Italy, and the enforcement of pandemic-related regulations.

A Moscow neurosurgeon who spoke with Current Time about a lack of protective equipment and supplies at his hospital was threatened with dismissal.

Rights monitors have expressed concern that a law passed on April 1 against knowingly misinforming the public about the coronavirus may be used against reporters who publish coverage critical of the government’s response.

The law has already been used to detain a St. Petersburg activist – and to seize her computers and telephone — who had posted concerns on social media about inadequate quarantine measures at medical facilities in a nearby town.

Russian independent newspaper Novaya Gazeta says it has taken down an article about measures introduced to tackle the coronavirus in the North Caucasus region of Chechnya following a request by the country’s media regulator, Roskomnadzor. Chechen leader Ramzan Kadyrov had slammed the article as “absurd” and threatened to harm the author, Yelena Milashina.

Restrictions accompanying Kyrgyzstan’s state of emergency have sidelined RFE/RL journalists by requiring that persons seeking to access central Bishkek – where RFE/RL’s local bureau is located — obtain special passes. Authorities initially claimed that the media would be exempt from the new measures, but journalists with Current Time’s flagship Asia program have received no permissions, while reporters with state media have been allowed to access their downtown offices to work.

Earlier this month, as the magnitude of the pandemic was unfolding among populations around the world, authorities in Tajikistan issued the latest in a string of rulings refusing to accredit RFE/RL journalists and staff.

The Tajik Service’s YouTube page has recorded an explosive 150% increase among subscribers in the past year, to more than 1 million, with much of the growth registered in recent months because of the absence of alternative reporting about the pandemic and any preventive response from the government.

Indeed, the government has avoided public use of the term “coronavirus,” while keeping mosques open and convening public celebrations of national holidays even as its neighbors enforce wholesale lockdowns. When the Service broke the story of the country’s first coronavirus death on April 5, pro-government publishers and trolls retaliated on Facebook, using obscene hashtags to incite violence against its journalists.

Belarus President Alyaksandr Lukashenka’s campaign of denial similarly puts journalists reporting on the pandemic at risk. He has dismissed concerns about the coronavirus as a “psychosis,” and exhorted the public to attend the matches of Europe’s only still-fielded soccer league. Award-winning RFE/RL Minsk-based journalist Alexandra Dynko says that journalists in her country “have been vaccinated against fear,” since “on a daily basis they dare to report on what they see and what they hear.”

These measures all come as audiences in RFE/RL’s markets have been bombarded with conspiracy theories about the virus and Russian, Iranian, and Chinese disinformation about its origins and those countries’ responses to it.

RFE/RL’s Armenian and Russian Services have reported extensively to debunk these myths and theories, while RFE/RL’s Bulgarian Service has sought to counter a growing anti-EU narrative propagated by the government that misrepresents the role of EU assistance and threatens public health.

RFE/RL’s Central Newsroom has produced video reporting for use throughout RFE/RL’s coverage area on efforts by both China and Russia to target global audiences with COVID-19 propaganda.